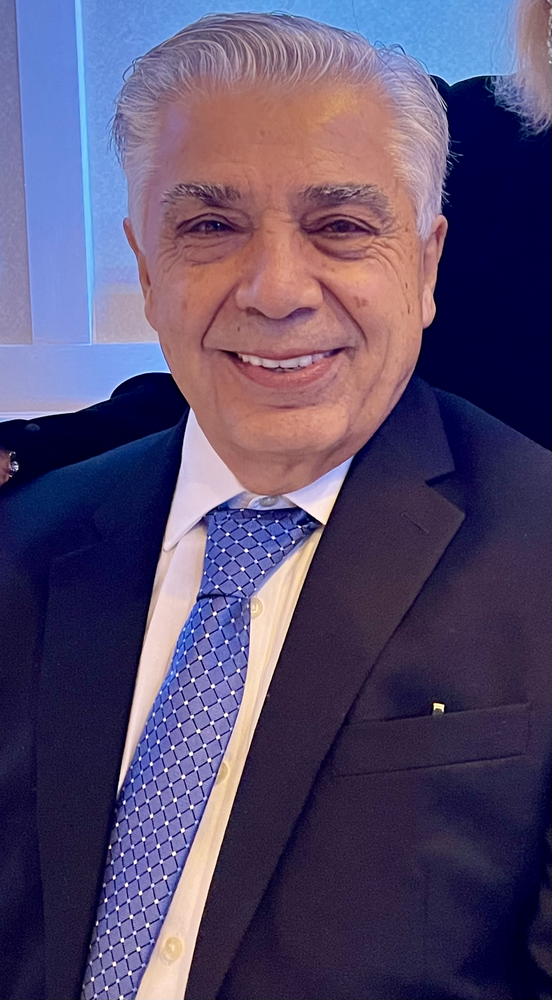 Pietro DeMarco, 74, of Yonkers, NY, is survived by his loving wife, Maria of over 46 wonderful years, his children Antonello (wife-Cassandra), Angela (husband -Matthew) and Virginia (fiancé -Brendan) as well as his grandchildren (Pietro, Milania, Matthew & Isabella) and his brother Vincenzo (wife-Francesca) as well as many other in-laws, nieces, nephews and cousins. Pietro was born in Bitetto, Bari (Italy) on August 29th of 1948. He was the 4th son of Antonio DeMarco & Angela Fazio-DeMarco (brothers- Antonio, Vincenzo & Angelo). Pietro always put his family first. He spent everyday side by side with his wife and as much time as he could with his children & grandchildren. He enjoyed playing and watching soccer, fishing with his brothers, perfecting his card games at social clubs, family dinners and traveling the world. Pietro was extremely devoted to the church, Padre Pio, Beato Giacomo and continued to carry on the family tradition of Madonna Del Carmine alter and prayer circles at his home in Bitetto every summer. He enjoyed many trips to Italy yearly for both business and pleasure. Pietro came to America in 1969 and was always an entrepreneur. He built his security company (PMD DeMarco Alarms) from the ground up. He also built a thriving food import company alongside his son, Antonello -(DeMarco Importers Inc,). He was a loving and caring man and left a lasting memory with anyone he spent time with. He has become a true angel to us all and will forever watch over us from heaven above. A wake will be held on Tuesday, February 1, 2022, from 2pm-4pm and 6pm-8pm at the Sinatra Memorial Home, 499 Yonkers Ave, Yonkers, NY 10704. A mass will be held in his honor on February 2nd at the Annunciation Church at 10am, 475 Westchester Ave, Yonkers, NY 10707. In lieu of flowers, donations in memory of Pietro DeMarco can be sent to the Saint Pio Foundation by visiting https://saintpiofoundation.org/pietro-demarco And clicking on the donation link or To mail a donation, please make the check payable to SAINT PIO FOUNDATION (kindly include In Memory of Pietro DeMarco in the memo) and mail it to:?Saint Pio Foundation, 24 Depot Square, Tuckahoe, NY 10707

Share Your Memory of
Pietro
Upload Your Memory View All Memories
Be the first to upload a memory!
Share A Memory
Plant a Tree