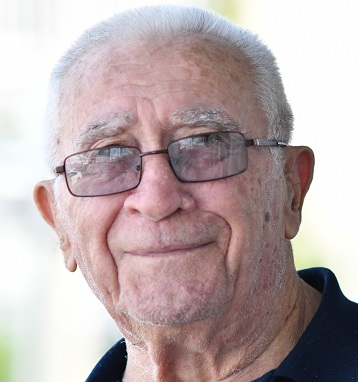 He was born to Sigismondo Cipollone and Rosa Pilla in Gallo Maltese, Italy on December 16, 1929, into a large and loving family. He moved to Argentina when he was 20 years old in search of a better life. There he held many positions from working in vineyards, to textile weaving and eventually joining General Motors as a machinist. He married Alessandrina Longo in 1959 and they had 2 children.

In 1973 they moved to NY to be closer to family and provide his young family with greater opportunities.  He continued to work as a machinist, and ensured his family always had all that they needed and wanted. He was extremely handy and very resourceful he could fix and or fabricate just about anything. He also continued making very good wine well into his late 80’s and would still bake cookies and pizzelle for his family.

He is survived by his son, Daniel and his wife Rosa Anna, his daughter Rosa, fiancé and family Stew, Kim and Brian, grandchildren Alessandra and Giovanni, sisters Caterina and Maria and 13 nieces and nephews.

He is predeceased by his beloved wife Alessandrina, brothers Giuseppe, Pasquale and Antonio, and sister Angela.

He was an incredibly loving, caring, honorable, hard working, generous man who was cherished by his family and always put others needs before his. We will miss his company, guidance and love, he will be in our hearts forever.

Share Your Memory of
Giovanni
Upload Your Memory View All Memories
Be the first to upload a memory!
Share A Memory
Plant a Tree