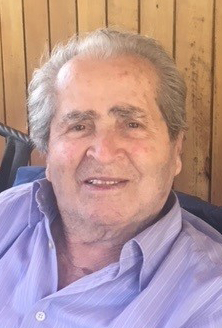 Please share a memory of Vittorio to include in a keepsake book for family and friends.
View Tribute Book
Vittorio Scala, age 94, sadly passed away on Saturday, June 25, 2022. Born on July 8, 1927 in Procida, Italy, which is an island in the Bay of Naples, to parents Michael and Anna Maria Scala. At the age of 16, Vittorio enlisted in the Italian Navy, where he became Captain of his ship. He spent many years in the Navy before coming to America in 1956. He moved to Brooklyn and married his true love, Angelina. They lived there for 13 years and had five beautiful children. In 1969, the family moved to Yonkers where he worked for Refined Syrups and Sugars, which is now Domino Sugar. Vittorio worked for the company for 37 years before he retired. His favorite thing was spending time with his wife, children and grandchildren. He lost his wife, Angelina, in 2015 and has missed her terribly for the past six and a half years. They are now reunited. Vittorio is survived by his five children: Michael (Michele) Scala, John (Maria) Scala, Victor Scala, Ann Marie (John) Cavanaugh and Christine (John) Gallucci. He is also survived by 10 grandchildren John, Stephanie, Anthony, Victor, Ashley, Andrea, Michael, Nicholas, John Patrick and Emily, along with two great grandchildren Landon and Hudson Scala. Services will be held on Tuesday, June 28th at Sinatra Funeral Home from 4 pm – 8 pm. Funeral Mass will be Wednesday, June 29th at Christ the King Church on North Broadway in Yonkers, followed by burial at Mt. Hope Cemetery.
Tuesday
28
June

Share Your Memory of
Vittorio
Upload Your Memory View All Memories
Be the first to upload a memory!
Share A Memory
Plant a Tree