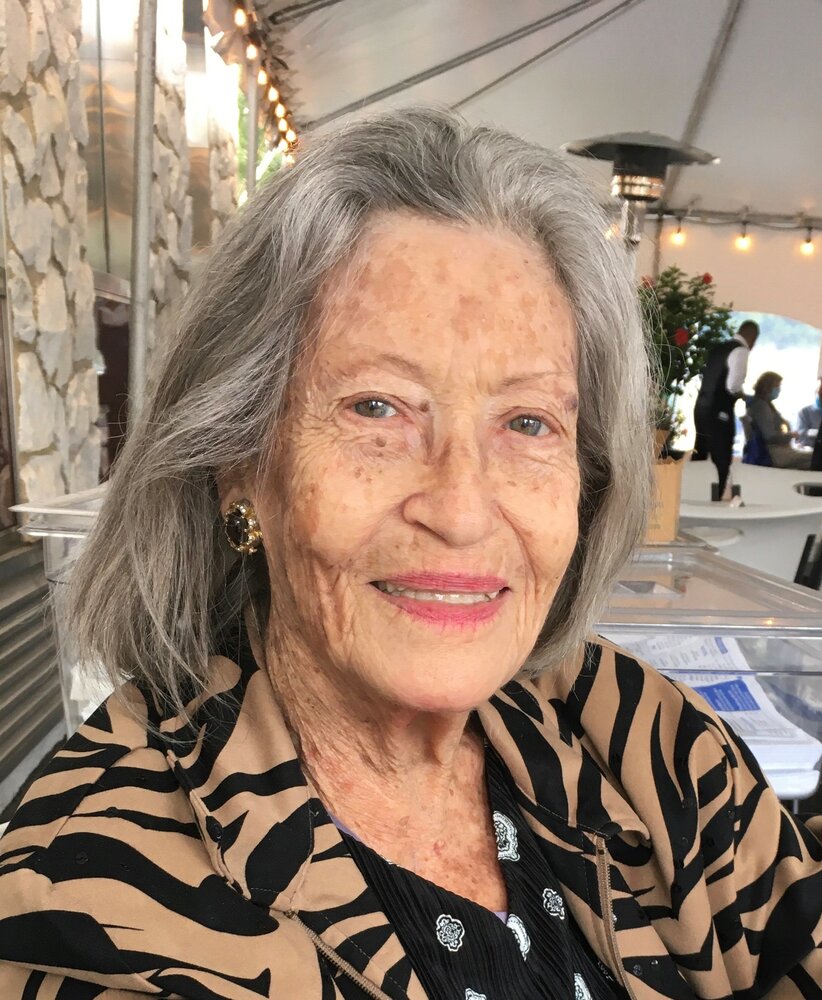 Please share a memory of Kahnema to include in a keepsake book for family and friends.
View Tribute Book

Born in Thalia, Texas on July 4, 1935, and raised on a chicken farm in Vernon, TX, Kahnema Ernestine Cribbs was the fourth of five girls born to Ernest and Ima (née Butler) Cribbs.

Kahnema graduated high school and joined the Women’s Army Corp as a Medical Specialist. She met her husband, Pasquale “Pat” Farenga, while both were at the Valley Forge, PA army hospital. They married in New York in 1956 and remained together until Pat’s death in 2021. They had three sons, Patrick, Philip, and Stephen.

Kay Farenga was a constant presence with Pat at the many service and civic organizations they both belonged to. Kay was lively and exuded beauty and charm; she even was a fashion model for a short time.

Kay learned to be a fine cook of Italian food, though she always enjoyed her southern comfort cooking, particularly hush puppies and fried chicken. As her children grew older, Kay enjoyed hobbies such as volunteering as a tour guide at Lyndhurst Castle, tutoring adults in English as a Second Language, and became a fine painter. Her beautiful paintings are family treasures.

Kay has three granddaughters, Lauren, Alison, and Audrey Farenga, whom she loved to spend time with and dote on.

Kay always enlivened family get-togethers with her cowboy yodeling, renditions of her favorite country songs, and a bawdy sense of humor. Her love and generosity were always apparent and appreciated by her family. Her presence will be missed but never forgotten.

Kahnema Farenga is survived by her son, Patrick, his wife Deborah (“Day”), and her three granddaughters.

Kahnema “Kay” Farenga’s wake will be at the Sinatra Memorial Home, 499 Yonkers Ave., Yonkers NY on Friday, July 8, from 4 to 8 PM. Her funeral mass will be at 10:30 AM at St. John the Baptist Church in Yonkers, followed by burial at Ferncliff Cemetery in Hartsdale, NY.

Share Your Memory of
Kahnema
Upload Your Memory View All Memories
Be the first to upload a memory!
Share A Memory
Plant a Tree