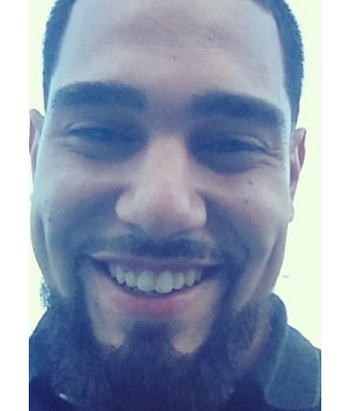 Please share a memory of Jason to include in a keepsake book for family and friends.
View Tribute Book
Jason Perez gained his wings on July 25, 2022, at the age of 34. It has been said that laughter is an instant vacation and Jason guaranteed a spot on the summer sand looking out into the charming waves and alluring sun. His personality radiated everywhere he went as his smile would extinguish any thoughts of worry or anxiety. Even as a child, his eyes would wrinkle, foretelling his mischievous thought process and preparing for the next joke he would tell in order to fill a room with laughter. Although Jason knew how to keep a room afloat with smiles, he had a deep and meaningful appreciation for his family. He was extremely close to his parents and often dreamt of having his father as his best man. The love Jason felt for his mother was above all else, as he was truly a mama's boy. As a young boy, Jason was the typical little brother who enjoyed spending time with his three older brothers Darwin, Omar, and Ricky. His bond with his older brother, Ricky, was impenetrable as the two of them now share the same space in heaven together. Jason adored his younger sister, Ashley, and spent most of his time teasing her. When his son Max was born his heart grew even bigger. He kept a special spot within his heart for his son and his stepson, Manny. What we once enjoyed and deeply loved we can never lose, for all that we love deeply becomes part of us. We love you Jason
Monday
1
August

Share Your Memory of
Jason
Upload Your Memory View All Memories
Be the first to upload a memory!
Share A Memory
Plant a Tree