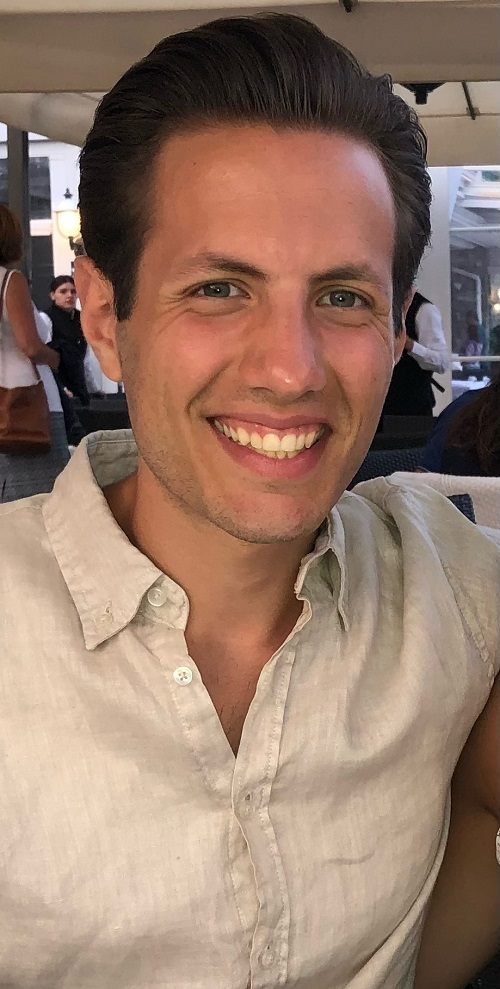 Obituary of Matteo A. Passero

Please share a memory of Matteo to include in a keepsake book for family and friends.
View Tribute Book
Matteo Andrew Passero passed away at the age of 29 on Sunday, September 4th, 2022. He is survived by his wife Stefania, his 1-year-old baby girl Pia, parents Donato and Andrea Passero, sister Nina Passero, Nonna Laura Passero, father and mother-in-law Tommaso and Anna Miro, brother-in-law Anthony, sister-in-law Julianna, future sister-in-law Stefany, and Nonna Lucia Miro. Matteo is also survived by his godparents Uncle Andrew Marchionni and Zia Rosa Passero-Acciarino, Zio Raymond and Zia Constance Passero, Zio Pasquale Acciarino, Aunt Cathy Marchionni, Uncle Paul and Aunt Lucia Grandetti, Uncle George and Zia Felica Georgiousdakis, and cousins Lauren and Francis Illuzzi, Matthew Passero, Stephanie, Nicolette, and Gabriella Georgiousdakis, Anna and Vincenzo Recine, Laura, Elvira, and Pasquale Acciarino, Andrew, Dominick, Arianna, and Salvatore Marchionni, and Gianna and Paul Grandetti. From a very young age, Matteo touched the hearts of everyone he met with his kind and warm-hearted spirit. He strongly believed in the power of words and was effortlessly able to captivate an entire room's attention. He was a faithful believer in God and devotedly trusted in Jesus Christ. Matteo was affectionate, thoughtful, and loved spending quality time with friends and family discussing basic everyday life, to ambitious future goals and innovative ideas. He was an out-of-the box thinker and inspired others to search for more out of life. Matteo was open to teaching others everything he learned along the way, leaving a positive influence on all he encountered. He was always happy and willing to give out a helping hand. Matteo left people better than he first found them. In other words, Matteo Andrew Passero's love and impact on the world is unmatchable. On July 26th 2017, Matteo proposed to "the girl of his dreams," Stefania Miro. This unforgettable special day occurred on the Amalfi Coast, a place he and his family deeply treasure and cherish. Two months after the happiest moment of his life, Matteo was officially diagnosed with pancreatic cancer at the age of 24. Pancreatic cancer is one of the most aggressive tumor types because it starts forming metastases early. The cancer itself is usually discovered late and leads to high patient mortality rate. The median survival rate of untreated patients is 3.5 months, however with treatment the rate increases to 8 months. Matteo was informed by NYC's top oncologists and surgeons that he had 9 months left to live. He independently began intense research to educate himself on all possible treatment options. Matteo followed his own intuition and began an intense holistic treatment protocol provided by Dr. Linda Isaacs. Two months later on November 13th 2017, Matteo underwent a Whipple surgery, "the mother of all surgeries," with Dr. Peter Allen at Memorial Sloan Kettering Cancer Center. This major surgical operation was performed to remove the head of the pancreas, part of the small intestine, gall bladder, and bile duct. The surgery was a success, and Matteo continued to treasure every day forth. Undefined by his cancer, Matteo fearlessly followed his entrepreneurial spirit. In 2018 he began training with Raphael Tedesco, owner of Raphael Opticians in White Plains, NY. Matteo decided to acquire the business after mentoring with Raphael and intense studying. Today, Matteo is the owner of Raphael Opticians, also known as Raffy's. On June 29th 2019, Matteo and Stefania were wed at Our Lady of Mount Carmel Church on 187th Street in the Bronx, NY. The beautiful couple was surrounded by loving family and friends in celebration of a magical day. They attended their honeymoon in Bora Bora and upon their return to NY, Matteo and Stefania were informed at a routine ultrasound check-up appointment that the cancer had metastasized to his liver. His cancer had progressed to Stage 4 pancreatic cancer. He continued to follow his holistic protocol with Dr. Isaacs, which included specific herbs, strict nutritional diet, fasting, daily enemas and gentle exercise. Matteo and Stefania continued to push forward and excitingly bought their first home in December 2020. Shortly after, they were blessed with Stefania becoming pregnant in summer of 2020, and the most precious baby girl Pia Francesa Passero was born 2 months early on January 29th 2021. In Matteo's own words, "What a miracle of a day". Two months later, Matteo began to report increased abdominal symptoms and decided to trial various types of immunotherapy and chemotherapy treatments through Memorial Sloan Kettering Cancer Center. Diagnostic imagining continued to show increased metastasis of the cancer to his lungs and abdomen. He continued daily physical therapy with his cousin to help maintain his muscular strength, flexibility and functional mobility. He abided by the words of David Goggins, "Stay Hard," and fought his way through every day. With his wife Stefania's immaculate strength and support, Matteo courageously never gave up and continued to put his faith in God through the battles he encountered. Matteo exceeded all prognoses from highly skilled medical professionals, shocking each one of them. With his family surrounded by his bedside, God called Matteo home to Heaven on the evening of September 4th, 2022. In lieu of flowers, we ask you to consider donating on GoFundMe to help Stefania and their baby girl Pia. Any and all contributions are welcome and appreciated. Thank you for your generosity and prayers. San Matteo, pray for us.
Wednesday
7
September

Share Your Memory of
Matteo
Upload Your Memory View All Memories
Be the first to upload a memory!
Share A Memory
Plant a Tree