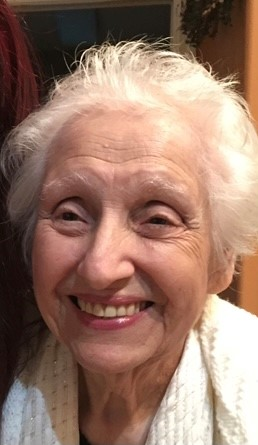 Obituary of Rita A. Cristantiello

Please share a memory of Rita to include in a keepsake book for family and friends.
View Tribute Book
Rita Catania Cristantiello, 100, passed away peacefully at home on September 7, 2022 surrounded by her family. She was predeceased by her husband Joseph Cristantiello and her daughter Lisa Cristantiello. She was the beloved mother of Diana Zottoli, and Paula Walsh, and mother-in-law of Gary Walsh. She was also the grandmother of Ryan (Dorian) Walsh, Alyssa (Jason) Klein, Corey (Melissa) Walsh, Patrick Zottoli, and Kaitlin Walsh and great-grandmother of Xavier Walsh, Evan Walsh, Ava Klein, Aidan Walsh, Jade Klein, and Briella Walsh. She was pre-deceased by her siblings Carmella (Millie) Amicola, John Catania, and Cecilia Perry. Rita was born on October 31st 1921 to Elizabeth and Frank Catania. Prior to marriage, she was employed by a New York City bank as a teller. She then worked along side her husband as co-owner of the Furniture Manor on White Plains Road in the Bronx. Upon retirement, she resided in Greenburgh New York before moving to Palm Coast, Florida in 2006. She and her husband of 62 years were active members of the Westchester Association For Retarded Citizens in Yonkers. Rita was honored with the Helping Hand Award for her over 40 years of volunteer service to this organization. Rita could always be found with a smile on her face and her constant upbeat demeanor and laughter was infectious. She was an active member of her book club for the past 15 years and often contributed thoughtful insights on the readings. Rita will be remembered as a woman who adored her children, grandchildren, and great-grandchildren. Visiting will be held at the Sinatra Funeral Home, 499 Yonkers Avenue on Thursday September 15th 2022 from 3pm-7pm. Funeral Mass will be Friday September 16th at 10:30am at Saint John The Baptist Church, 670 Yonkers Avenue. The Interment will be held at Woodlawn Cemetery, Webster Avenue and 233rd St., Bronx, NY. In lieu of flowers, donations may be made to the Westchester ARC Foundation in care of Gleeson-Israel Gateway Center, 265 Saw Mill River Road, Hawthorne, NY 10532.
Thursday
15
September

Share Your Memory of
Rita
Upload Your Memory View All Memories
Be the first to upload a memory!
Share A Memory
Plant a Tree