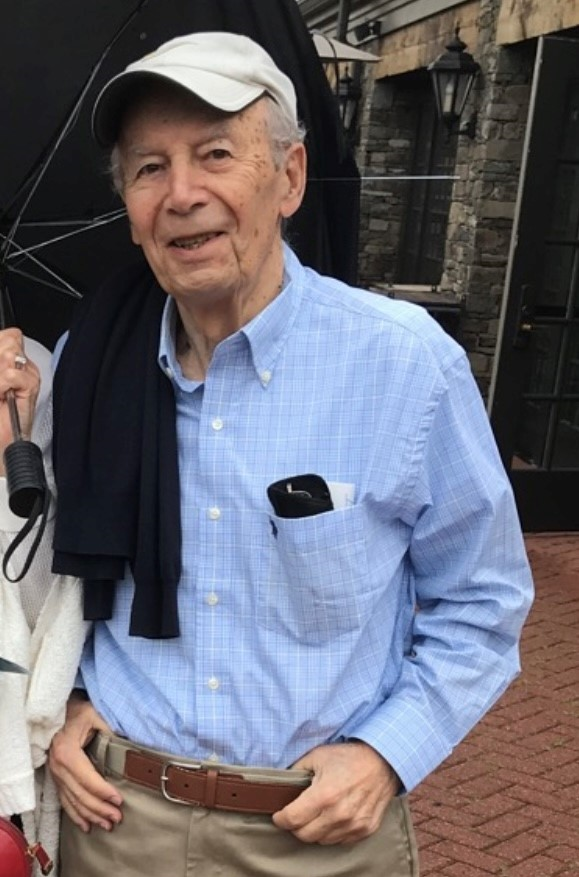 Please share a memory of Irwin to include in a keepsake book for family and friends.
View Tribute Book
Irwin Amdur, a beloved father, grandfather, brother, and son passed away peacefully in his home on November 17th, surrounded by his immediate family. He is survived by his wife Mickey of 67 years, his two children Meredith and Valerie and his five loving grandchildren. Son of Morris and Grace Amdur and the eldest son of four children, Irwin took on the protective role of caring for his three siblings after the early passing of his father. Growing up in Yonkers, New York, Irwin attended Yonkers High School where he was captain of his varsity basketball team. He played a multitude of sports, signaling the start of his love for all competitive athletic events. Irwin became lifelong friends with many of his teammates and peers and continued those close relationships throughout his life. After graduating from Yonkers High School, Irwin commuted to New York University (NYU) where he majored in finance. Following college graduation, Irwin served in the Korean War for 2 years. While he was based in Anchorage Alaska, Irwin married his wife, Mickey Hoch in 1955 by the only Jewish Chaplain in the state of Alaska at that time. Following his honorable discharge from the service, Irwin began his finance career at the firm Hertzfeld & Stern in New York City as a successful stockbroker. He continued to work and excel in finance, always carefully following the markets for more than 50 years. Irwin and Mickey moved to Bedford, New York to raise their two daughters and resided in the home they built together for 54 years. Irwin was an avid reader, a lover of fiction and every New York newspaper, from The Post to the Times, to the Journal. Everyone that knew Irwin, loved him; he was honest, sincere, thoughtful, trustworthy, and generous, almost to a fault. While Irwin's family and friends will miss him dearly, his memory will always be a blessing.
Monday
28
November

Share Your Memory of
Irwin
Upload Your Memory View All Memories
Be the first to upload a memory!
Share A Memory
Plant a Tree