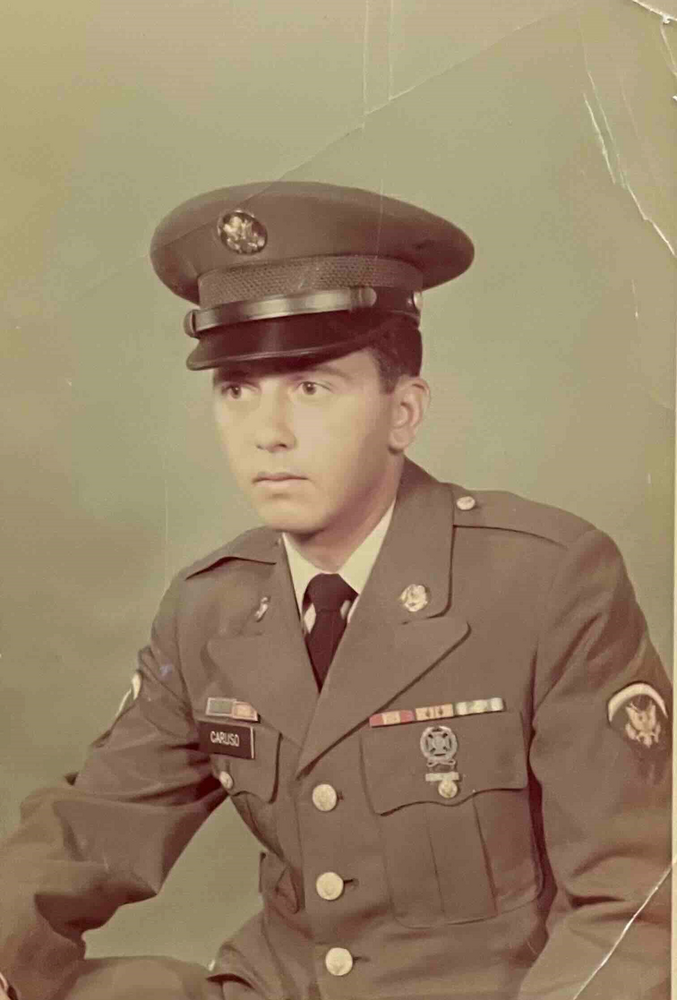 Obituary of Joseph A. Caruso

Please share a memory of Joseph to include in a keepsake book for family and friends.
View Tribute Book
Joseph Anthony Caruso Jr. passed away peacefully at his home in Yonkers, NY on November 30th, 2022. Joe was a beloved husband, father, grandfather, brother, uncle, and friend. He will be dearly missed. Joe will be remembered for his quick wit, his generosity, and his devotion to God. Joe was a retired Corrections Officer and Army Veteran having served in the Vietnam War from 1967 until his honorable discharge in 1968. He was the second child of Joseph Caruso Sr. and Anna Chillo Caruso. In 1990, Joe started the adventure of fatherhood when he welcomed his twin sons, Nicholas and Anthony into the home. He loved bringing the boys to Lake George where they'd sit on the porch playing cards for hours as he puffed on cigars. In 2003, Joe met Debbie Sansevere, and they quickly fell in love. They married on the beach in Florida in 2007. Joe and Debbie enjoyed listening to live music, taking long walks by the shore in Rye, and traveling. Joe and Debbie's deep love weathered all the joys and sorrows of life. After his retirement, Joe enjoyed walking, attending mass, and visiting his grandchildren and nieces and nephews. Joe is survived by the love of his life, Deborah Caruso, his loving sons, Nicholas and Anthony Caruso, and their spouses. Joe leaves behind his six grandchildren Rylee, Thomas, Peyton, Annalise, Addalyn, and Everleigh, his siblings, Annemarie, Richard, and Patricia, and his many nieces, nephews, cousins, and friends. Joe is predeceased by his parents, Joe and Anna, his stepmother, Julie, and his niece Tracy. His family mourns his loss deeply, but they find solace in that his earthly suffering has ended, and his eternal life has begun.
Sunday
4
December

Share Your Memory of
Joseph
Upload Your Memory View All Memories
Be the first to upload a memory!
Share A Memory
Plant a Tree