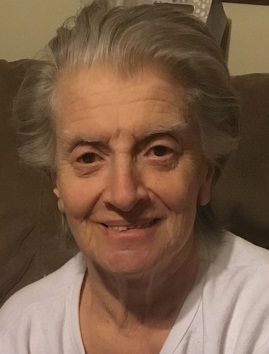 Please share a memory of Jean to include in a keepsake book for family and friends.
View Tribute Book
Our beloved Mother and Grandmother Jean Rich passed away on November 30, 2022, at her home surrounded by her family after battling a long illness. Jean was born in Yonkers, New York on January 22, 1937, to Salvatore Losco and Giovannina D'Ambrosio; natives of the Campania region around Naples, Italy. She was the youngest and the last remaining of four children (Carmine, Savino, and Dora). Jean was an extremely devoted wife, mother and grandmother. A lifelong Yonkers resident, she graduated from Commerce High School in 1955. In her late teens, she worked in the Otis elevator building for Brunswick Corporation as a secretary for a short time. She married the love of her life Joseph John Rich (Ricciardi) on June 30, 1957. She volunteered at Mt. Carmel St. Anthony as a cafeteria worker and was responsible for running the kitchen and bingo nights. In the mid 1980's she worked for Yonkers Public Schools as a cafeteria employee for several years. In the years to follow, she continued to dedicate her life to the wellbeing of her disabled daughter Diane, her husband, and her grandchildren. She was predeceased first by her daughter Diane back in 2004 and then by her husband Joseph in 2019. She is survived by her three daughters: Margaret Rich, JoAnn Tamarazzo (Alfred), and Jeanne Rodriguez (Frank). She is also survived by her six grandchildren: Frank Joseph Rodriguez, Jenny Rose Rodriguez, Jenna Branch (William), JoAnna Tamarazzo, Freddy Tamarazzo, and Jillian Tamarazzo. She is also survived by numerous nieces, nephews, and cousins across the country and abroad. In lieu of flowers, donations to the Special Olympics in her name to honor her beloved daughter who had Down Syndrome would be greatly appreciated. The funeral service will take place from 8:30am to 9:30am. Following the service, the burial will take place at St. Mary's cemetery in Yonkers. All who can attend are welcome.
Monday
5
December

Share Your Memory of
Jean
Upload Your Memory View All Memories
Be the first to upload a memory!
Share A Memory
Plant a Tree