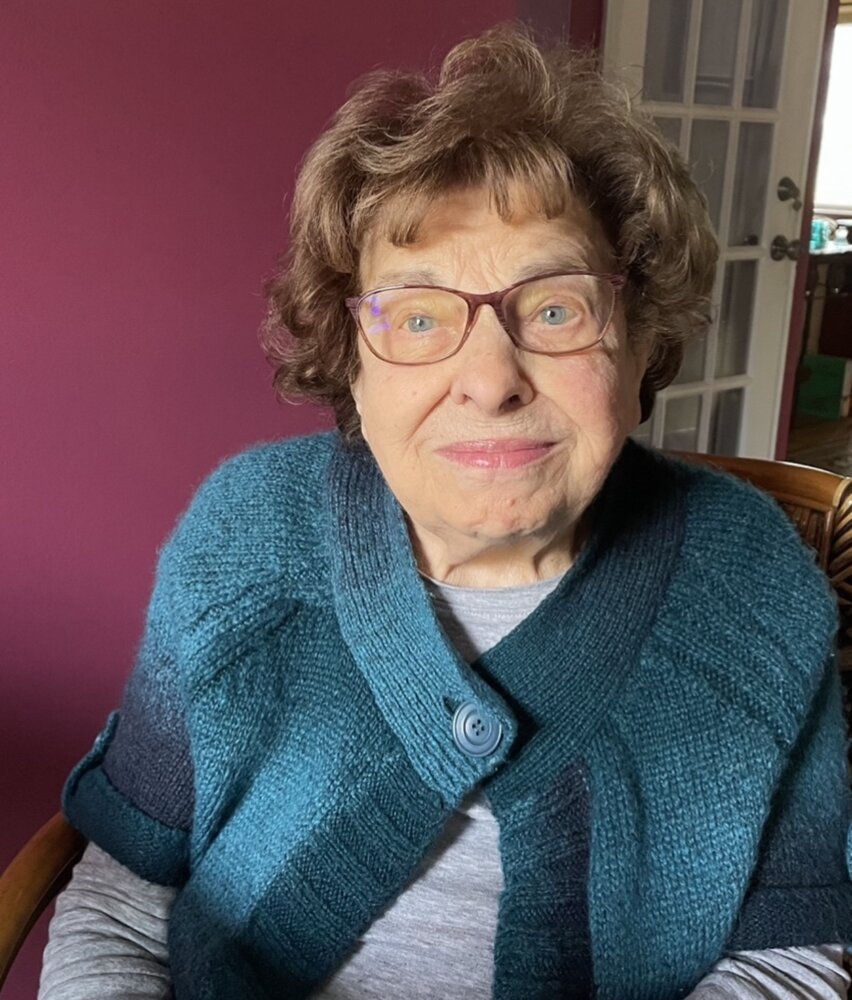 Please share a memory of Yolanda to include in a keepsake book for family and friends.
View Tribute Book

Yolanda DeStefano of Mount Kisco, NY and Guilford, Ct. passed away peacefully on December 2, 2022. She was truly the family matriarch and leaves behind her three daughters, Sally Howe (David) of Guilford, Ct., Dorothea (Dee) Roider (Bruce Lind) of Mount Kisco, NY and Janet Kuebler (Kenneth) of Madison, Ct. She is survived by her beloved grandchildren, David (Randy) Howe (Alicia Solis), Christopher Kuebler (Brittany) and Kevin Kuebler (Julia) all of Madison, Ct. and was heartbroken by the loss of her grandson Charles Howe. She so loved her six greatgrandchildren Noelle Solis and David Howe, Cameron and Mackenzie Kuebler, and Henry and Charlie Kuebler.

Yolanda was born on September 24, 1927, in Mount Kisco, NY. She learned hard lessons growing up during the Great Depression. She was predeceased by her husband Charles and so was widowed at 37 years of age and with three young girls to raise. Those hard lessons she learned during the Depression served her well as she coped with her new and overwhelming burdens.

As a student at Mount Kisco High School, Yolanda was a member of the National Honor Society. This was quite an achievement for a child of immigrants who spoke no English when they arrived in the United States. She trained as a paralegal at Manhattanville College and worked as a paralegal for a New York State Supreme Court Judge, IBM, and local law firms. She also assisted the Choate family in their charitable endeavors.

Yolanda was curious about everything and well read. She was famous for sending advice-filled emails to family members and stayed in touch with friends by email and postings on Facebook right until the end. Sunday dinners were wonderful with her children, their spouses, and her grandchildren around her table. What could be better for a grandchild than to have a meatball lollypop! No subject was off limits, fantasy baseball drafts held and there was nothing better than getting Grandma to laugh so hard that she cried. At Christmas, Grandma would put checks into miniature crocheted stockings, and warned if a stocking was not returned there would be no gift the following year.

Yolanda had so many lifelong friends as well as the new friends she met along the way. There was always an extra seat at the table on holidays so that no friend would be at home alone. If someone was ill, she always delivered a delicious casserole and baked goodies. She was a beautiful woman inside and out and will be missed by her family and all those who knew her.

The family thanks all the aides who were so kind to her over these many months and the doctors and nurses in the Intensive Care Unit at Northern Westchester Hospital in Mount Kisco, NY. We will forever be in their debt for their sensitivity and caring nature towards their patient and her family.

Funeral arrangements will be private.

Share Your Memory of
Yolanda
Upload Your Memory View All Memories
Be the first to upload a memory!
Share A Memory
Plant a Tree