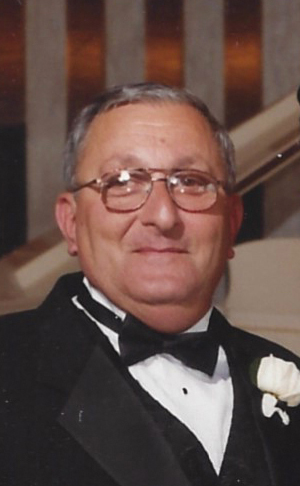 Obituary of Albert A. Iarriccio

Please share a memory of Albert A. to include in a keepsake book for family and friends.
View Tribute Book

Albert A. Iarriccio, a lifelong resident of Yonkers died Wednesday January 4th 2023 at the age of 77. He was born in Yonkers on July 20, 1945 to Dominick and Carmella Iarriccio, also of Yonkers.

In September 1965, at the age of 20, Al enlisted in the US Navy and served 4 years as a Firefighter on the flight deck of the aircraft carrier USS Ranger during the Vietnam War. After several commendation letters, Al was Honorably Discharged on August 29, 1969.

On November 1, 1969 Al and Laura Peragine were married in St. Peters Church on Livingston Avenue in Yonkers, where they raised their family. Al worked for Con Edison from 1970 until 2004, when he retired. He loved to bowl, and bowled many leagues and tournaments with his wife and later both children.

After retirement, he spent his days with Laura raising their granddaughters (Alessandra and Isabella) until Laura's passing in 2008. After, Al's life became about his grandchildren. He spent his days driving them everywhere they needed to be and enjoying his days with them. In January 2019, Al welcomed his third grandchild (Anthony) and spent his weekends hanging out with Anthony on the couch, shopping, and walking the neighborhood. He never said no to anything that was asked of him. He was always ready to help his children, and especially his grandchildren (and their friends).

Al is remembered as a loving husband, father, father-in-law, pop-pop, brother, and friend to many people. He is survived by his son Anthony and wife Maria, daughter Barbara and husband Anthony; his grandchildren Alessandra, Isabella, and Anthony; his sister Patty and husband Fred and brother-in-law Michael and sister-in-law Lydia.

Visitation will be at the Sinatra Memorial Home on Sunday January 8th from 3PM to 8PM. His Funeral Mass will be at Immaculate Heart of Mary Church in Scarsdale on Monday at 10am followed by Interment at St. Joseph's Cemetery in Yonkers.

In lieu of flowers, donations may be made to the Wounded Warriors Project in Albert's name

Share Your Memory of
Albert A.
Upload Your Memory View All Memories
Be the first to upload a memory!
Share A Memory
Plant a Tree