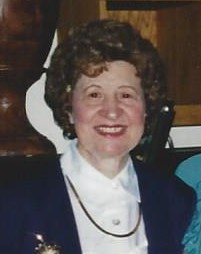 Please share a memory of Josephine to include in a keepsake book for family and friends.
View Tribute Book
Josephine's life journey began in the rural Sicilian town of Naro in 1927. This hill-top village, fortified by a medieval wall, is surrounded by the farms that nourish its residents. Josephine was the first-born child to Salvatore and Vincenza Colli. Over the next 17 years, the family would grow to include five more brothers and sisters: Lena, Charles (Calogero), Maria, Assunta, and Tito. In 1958, Josephine met her husband Salvatore Drogo and soon thereafter was off to the US to start a new chapter in her life. Her son Joseph was born in 1959 and she instantly became a devoted mother. Over the next decade, following her to the New York area were sister Lena, mother Vincenza, and brothers Charles and Tito. This period of her life included huge family gatherings, learning and losing at poker, learning English just about as well as English, gardening, and the America favorite, shopping. She sadly lost her husband in 1972. Two years later a new chapter began when she remarried to James Guadiana. This chapter got her involved in bookkeeping, travel, and replacing wine with scotch before dinner. The extended family continued to grow, as did her enjoyment of weekend poker with family. When she lost her second husband in the 80s, she tried to find her next beacon of light in Florida for a few years, enjoying sun, bathing suits, and getting to know everyone in her condominium complex. But with all her close family still up north, she soon returned and met her third life partner, Tony Sposta. This chapter brought much dancing into her life and the vital skill of finding everything that is free at a casino. Josephine leaves behind her son Joseph, her siblings Lena, Maria, Assunta and Tito, and many nieces, nephews, cousins and friends. In life, she was vivacious, charismatic, and loyal. Always the happiest person at a party, we all know she is now finding where all the fun is in heaven. Already missed, never forgotten.
Wednesday
11
January

Share Your Memory of
Josephine
Upload Your Memory View All Memories
Be the first to upload a memory!
Share A Memory
Plant a Tree