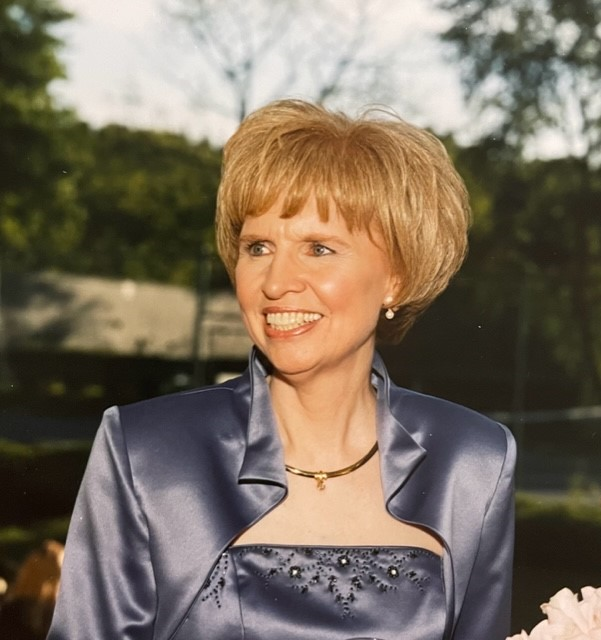 Please share a memory of Ann to include in a keepsake book for family and friends.
View Tribute Book
Ann Griffin (Keyser), 75, of Chappaqua, NY passed away on Monday, January 16, 2023 at Regional Hospice in Danbury, CT surrounded by her loving family. Ann was born on October 15, 1947, in Buffalo, NY to Clarence and Elizabeth (Moore) Keyser. Ann grew up in Hamburg, NY and was an avid Buffalo Bills fan all her life. In 1969, she graduated from Miami University of Ohio where she studied finance. After briefly living outside of Chicago, Ann moved to Chappaqua, NY where she resided for nearly 50 years. Ann will be remembered forever by daughter Amber (Griffin) Senyek, her husband Chris and their two sons, Griffin and Carter, and daughter Tiffany (Griffin) Mercer, her husband Robb and their two children, Jake and Molly. She is predeceased by her brother William Keyser. Shortly after settling in Chappaqua, Ann became a stay-at-home Mom to her two daughters. During this time, she was very active in The Junior League of Northern Westchester and ultimately became the president of that organization in 1983. As the girls grew older, Ann went back to work and became a Certified Financial Planner. She began her career at IDS which later became Ameriprise Financial. Ann built a very successful financial planning practice and cherished helping her clients achieve their dreams. Ann was also an avid tennis player for most of her life and was a long-time member of Mt. Kisco Country Club. In later years, Ann also enjoyed yoga. Ann became a grandma in 2004 and from that day on, would be known by her loved ones as "Mimi". She loved her four grandchildren more than anything and cherished watching them grow up over the past 18 years. Mimi adored having her grandchildren sleepover, attending their sporting events, music recitals, theater performances and spending the holidays with them. Mimi was blessed to be part of all their special moments and achievements. They will remember her forever for her famous "Mimi Cookies" and her never ending love for them. Many do not realize that Ann fought a nearly 25 year battle with leukemia. Ann faced her diagnosis bravely and fought tirelessly especially over the past several years when the disease became the most challenging. Ann could not have done so without the support of her loving friends who helped not only Ann but also her family during this difficult battle. Ann cherished her many friendships and was so grateful for all of their love and support. A service in honor of Ann will be held at 11 a.m. on Saturday, January 21, 2023 at The Church of St. Mary the Virgin in Chappaqua NY, where she was a long-time member. A celebration of life lunch will follow at Gavi Restaurant in Armonk, NY. All are welcome. In lieu of flowers, donations can be made in Ann's honor to the Leukemia & Lymphoma Society at www.lls.org .
Saturday
21
January

Share Your Memory of
Ann
Upload Your Memory View All Memories
Be the first to upload a memory!
Share A Memory
Plant a Tree