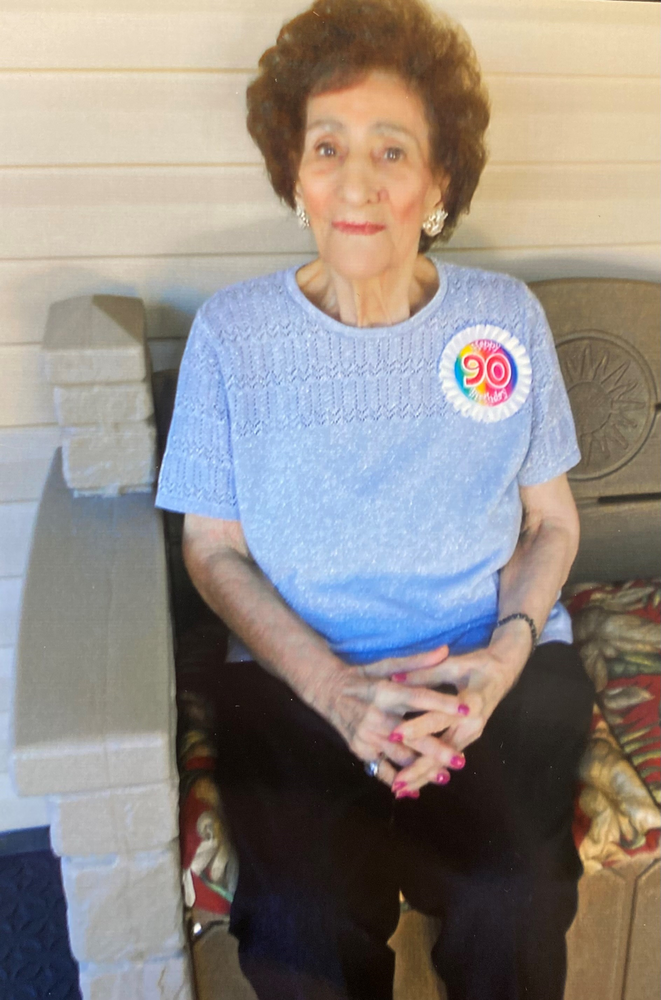 Please share a memory of Clara to include in a keepsake book for family and friends.
View Tribute Book

On a cool summer day Clara was born to Donato and Rose DiPierro in the Bronx on August 13, 1925. The oldest of the eight siblings and the only girl, she had a special place in the family. On May 5th, 1956 she married the love of her life, John Fred Gibbons. The following year her only child, a son, John R., was born on April 25, 1957. On May 21, 1983 she gained a “daughter” when John married Lucia. Lucia was Clara’s biggest advocate and helped her in any way she could. In May of 1984 she became a grandmother to her granddaughter Angela, and in November of 1989, a grandmother to her grandson, John E. She is remembered fondly by her favorite grandchildren with lots of laughter, funny stories and french fries!

After working for the New York City Board of Education for 47 years Clara retired in January of 2011 ever deserving of spending time with her growing family. Clara loved her family dearly and loved even more as her family expanded when Angela married Christopher and John married Concetta.

And even as the family grew, her favorite people in the entire world were her great grandchildren - Anthony, Marina, Eliana and Axel, her legacy as she called them. As Clara’s immediate family will miss her terribly, we are left with peace knowing that she is with her husband after 44 years, and her parents, brothers and sister in laws whom she has missed terribly. She is loved and remembered by her two younger brothers and sister in laws, Frank and Susan as well as Arthur and Dorothy including all of her nieces, nephews and extended family.

Share Your Memory of
Clara
Upload Your Memory View All Memories
Be the first to upload a memory!
Share A Memory
Plant a Tree