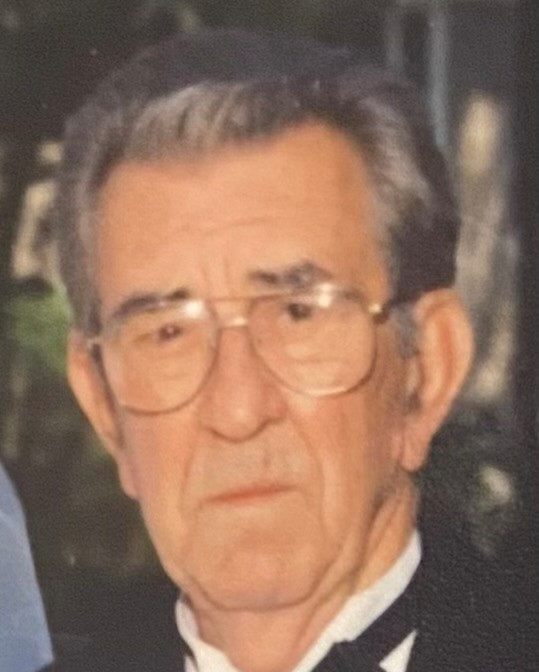 Please share a memory of John to include in a keepsake book for family and friends.
View Tribute Book
John Matzoros of Yonkers, New York passed away on Monday, January 23, 2023, at the age of 94. John was born in Kalamata, Greece on January 1, 1929, to father Nikolaos and mother Evangelia. John was the oldest son of a large family, and had first-hand experience of the hardships of WWII, as he was forced to provide for his family at a very early age. He was shot at by a German officer, the bullet missed him but irreparably damaged his left ear drum, which caused him to be hard of hearing for the rest of his life. He married his wife Vasiliki in 1955, and they had two children, a daughter, Evangelia, and a son, Nikolaos. In 1969, John and his family moved to New York too start a new life together. The family moved to Washington Heights, and their daughter Aliki was born in 1970. John worked with automobiles his entire life, and he was a talented automobile repairman. In 1975 the family relocated to Yonkers, Westchester County, and John remained living there for the rest of his life. John enjoyed Greek food and Greek music, he was a talented dancer and was very proud of his family. John was preceded in death by his parents and by his wife Vasiliki, grandson Salvatore, and daughter Evangelia. He is survived by his son Nikolaos and daughter Aliki, his grandchildren John, Joanna, William, Nicholas, George and John, and great-granddaughter Eva.. A visitation for John is planned for Thursday, January 26, 2023 from 4 pm to 8 pm. The visitation will be at the Sinatra Memorial Home on 499 Yonkers Avenue, Yonkers New York. All are invited to attend. The funeral is scheduled for Friday, January 27, 2023 at 10:00 AM, at Prophet Elias Greek Orthodox Church, 15 Leroy Avenue, Yonkers New York 10705. People wishing to honor John can make donations to St. Jude Children's Research Hospital at www.stjude.org in his name.
Thursday
26
January

Share Your Memory of
John
Upload Your Memory View All Memories
Be the first to upload a memory!
Share A Memory
Plant a Tree