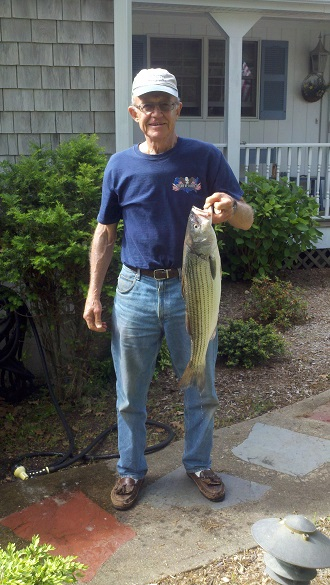 In a congressional tribute to Theodore Roosevelt it was said that - "He did not make his life journey over main traveled roads nor was he ever commonplace." Jim Gmelin, a lifelong fan of Teddy Roosevelt, was born in Mt. Kisco on April 14,1940, to Adele and Henry Gmelin. He attended St. Francis Elementary School, Stepinac High School, and graduated from the University of Notre Dame.

During his school vacations he took the less traveled roads. He worked with a construction company, a caterer, a florist, and dug graves in the local cemetery. After a tour in the United States Marine Corps he enrolled in the University of New York, Albany, to pursue a law degree . He started as an Assistant District Attorney in Pueblo, CO, later establishing his own law practice, and then eventually a career in Probate Court, in White Plains, N.Y. Upon retirement, Jim followed his heart and became a naturalist. He took numerous courses on the environment, became a Master Gardener and a docent in the N.Y. Botanical Gardens. At one time he led guided tours at Pocantico Hills, the Rockefeller Estate. He was active in several outdoor organizations such as the Sportsman Club of Northern Westchester, Trout Unlimited, and Ducks Unlimited. He was also active on several Mt. Kisco Village Boards, including the Environmental Review Board, The Tree Preservation Board, and he was a member of The Historical Society. He was always excited about passing along his love of nature to future generations, guiding tours at Teatown Lake Preservation, volunteering at Trout in the Classroom, and holding fly fishing courses for beginners. He was a devout parishioner and lector at St. Francis of Assisi Church where he attended daily mass. When not bird watching, walking forest trails, or the roads of Mt. Kisco, Jim was an avid fisherman and Mets fan. A two-time boxing champ at Notre Dame, he enjoyed watching his sons Pat and Dan play sports, and then followed the athletic events of his grandchildren, Brandon, Sienna, Ariana, and Angelina. He rarely missed watching a member of his family participate in sports.

Jim is survived by: his sons, Patrick, living in Hawaii, and Dan, his wife Raquel, and their four children, of Ridgefield, Conn.; their mother, Ms. Michael Gmelin of Hawaii; and his sister, Maryann Gmelin Soyster of Cape Cod, Mass. and her three daughters and their families of Fairfax, Va.

All through his life, but especially in retirement, Jim enjoyed close contact with his high school and college classmates, his hunting and fishing companions, and his friends from Mt. Kisco.

Jim Gmelin’s funeral Mass at 10am this Friday, April 16, will be live streamed on the St. Francis of Assisi Mount Kisco Facebook page.  It will be a fixed camera altar view.  Facebook page link (you do not need a Facebook account) to view the live stream, follow the link and scroll down until you see the live Mass.

Share Your Memory of
James
Upload Your Memory View All Memories
Be the first to upload a memory!
Share A Memory
Plant a Tree