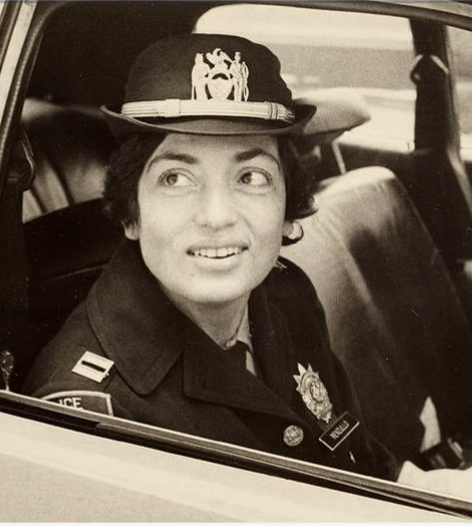 Please share a memory of Vittoria to include in a keepsake book for family and friends.
View Tribute Book
Vittoria Renzullo, age 89, of Yonkers died Friday, May 13, 2022. Victoria Renzullo was born June 26,1932 in Bronx, NY to Italian immigrant parents (Sinibaldo and Giacomina (Santaniello) Renzullo) who came to New York in the early 1920's in search of a better life. She attended St. Martin of Tours Elementary School, Roosevelt High School and then Hunter College where she earned her Bachelor's and Master's Degrees in Sociology. She is on the Wall of Fame at Hunter for being one of their accomplished graduates. Victoria also studied criminology and police science at John Jay College of Criminal Justice. Victoria was fluent in English, Italian and Spanish and used these skills working for the Department of Social Services in NYC. In the mid 1950's she enrolled in the US Army and spent time in Japan, where she mastered the Japanese language, and achieve the rank of Specialist 3rd class. Victoria's father was a Carabiniere (state trooper) in Italy before coming to the US. Keeping the family tradition, she embarked upon what would ultimately be a successful and noteworthy career as a member of New York's Finest. She won the Frank J. Keeler Award for Academic Excellence from the New York City Police Academy for the highest academic average. She was the first woman to attend the FBI Academy and was given the J. Edgar Hoover Award, once again for attaining the academic average. She was promoted to lieutenant and captain, and in 1976 became the first woman to command a precinct in the NYPD. He successfully ran the 1st, 17th and 48th Precincts, coming full circle back to her neighborhood roots in the Bronx. Retiring with a rank of Deputy Inspector, Victoria left the NYPD in 1983 to persue Law and Medicine. She was accepted at Georgetown University but stayed local to be near her aging parents. Victoria passed her bar exam in NY with such a high score that she had her choice of wavier of the bar exam in Washington DC. Her rigorous medical career included working in the AIDS clinic at St. Claire's Hospital and finally as a bilingual psychiatrist at St. Barnabas Hospital until her retirement in 2012. A lover of animals, a true patriot and veteran, a champion for all underprivileged, Victoria devoted her life to being a devout Catholic and has been a role model for our family and all who knew her. She was a very humble and never sought accolades for all that she accomplished. When asked about her illustrious careers, Victoria always responded that she considered herself a police officer at heart. Vittoria was predeceased by her parents, Sinibaldo and Giacomina, her sister Frances Giandomenico and a great nephew Daniel DiMase. She is survived by her loving nieces and nephews: Gloria Holmstrom, Michael Giandomenico, Louis Giandomenico and MayLou DiMase. Victoria also leaves behind several great nieces and nephews and great great nieces and nephews. Friends may call on Thursday from 4PM to 8PM at Sinatra Memorial Home, Inc., 499 Yonkers Ave., Yonkers, NY. The funeral will be Friday at 10:00 at St. Bartholomew's Church, 15 Palmer Rd, Yonkers. Entombment will be in Ferncliff Cemetery, Hartsdale.
Thursday
19
May

Share Your Memory of
Vittoria
Upload Your Memory View All Memories
Be the first to upload a memory!
Share A Memory
Plant a Tree