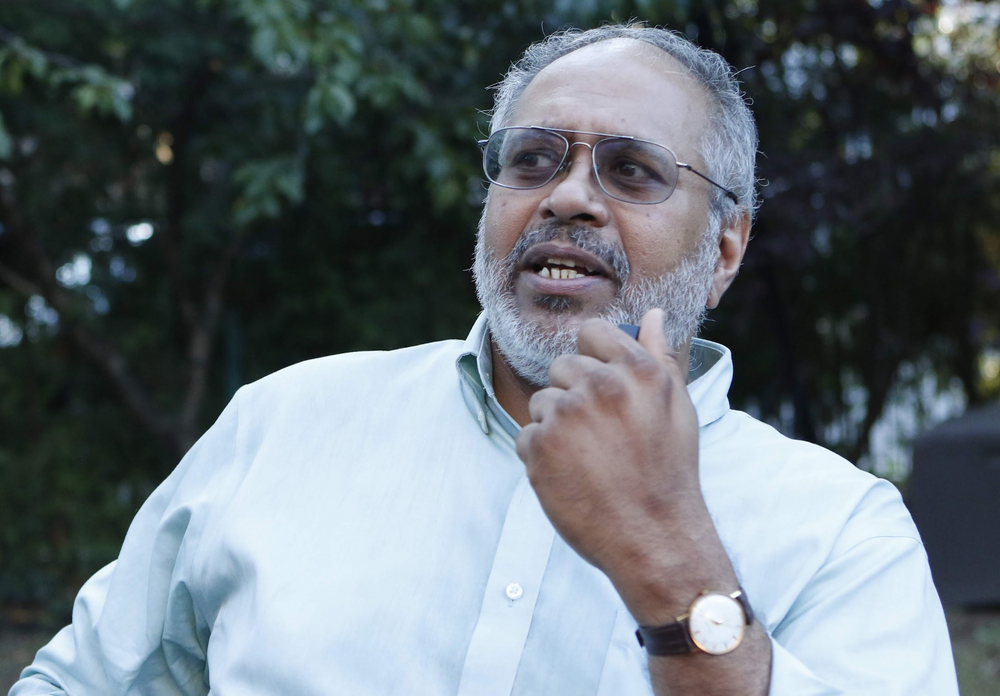 Obituary of Gavin B. Singh

Please share a memory of Gavin to include in a keepsake book for family and friends.
View Tribute Book
In lieu of flowers please consider a donation to The Dolores Singh Family Foundation. A non-profit organization providing educational scholarships. Venmo @ 813 748 7226 Zelle @ 727 510 7690 Please mail checks to The Dolores Singh Family Foundation 134 80th Ave NE St. Petersburg, FL 33702 Gavin Singh of Golden's Bridge, New York suddenly passed away on August 21st at the age of 58. Gavin was never shy to tell you how he felt. That level of honesty is rare and be hard to digest for the unsuspecting. He was born 4th May 1964 in Georgetown, Guyana. Before immigrating to the US, he lived in the Barbados and Antigua. He made homes in Manhattan, Jersey City, Hoboken, Queens, Goldens Bridge New York, St Petersburg Florida, and Mendon Vermont. To everyone, he was kind and welcoming making them feel a part of his family. This group of people made him the pillar of strength that was Gavin Singh. He was generous with his time and thoughts. He was always looking for things that he can share whether it was his love of music, photography, the opera, books, movies, and the list can go on and on. Gavin was someone you could always rely on; he always was willing to lend a helping hand. His calendar included more that his work meetings, it included the birthday and anniversary of everyone he knew, and then a text, note or email was always sent on the day. He never forgot a birthday. His intuition with astrology not only allowed him to relate to others but to make extremist, sometimes insulting commentary based solely on the date you were born. Gavin had many loves and he shared this with all of us. If you were around him, you will always be around music. Sometimes, his adventure would be to find music and share the experience. He enjoyed movies. This began when he was at City College of New York, where he worked as a projectionist while getting his undergraduate degree. He studied film making and film history. He loved to discuss both classic and contemporary film. Adding to his passions he always had a book handy and could not satiate his desire for knowledge. He always wanted to be the best at anything he tried. While he loved traveling, he was not fond of planes. He preferred the open road. Motorcycles and cars gave him a freedom that always brought a smile to his face. He loved sharing a meal with his family and friends. His journey around food began from understanding how to select the ingredients to preparing the food, to writing his own recipes. He truly believed, people made the food taste better by adding the most important ingredients, LOVE, and good intentions. His biggest vice was food, you could tempt him with almost anything if you caught him at the right time. A camera was always in his pocket. He liked documenting things around him because he never wanted to miss anything, and he enjoyed seeing people happy. He loved to be prepared and always made sure there were redundancies built into his systems. He wore suspenders and a belt, just to make sure that nothing fails. Those he thought would be unprepared would always have his support, in anyway he could give it. He wouldn't let someone fail or be physically uncomfortable in his presence. He attended to the needs of everyone he could. Gavin met his wife Jane almost 40 years ago at the Seward Park High School, Chinese Culture Club summer picnic – this past August they celebrated 30 years of marriage. While he was a rock of support to the outside world, he was a warm blanket to Jane and his children, Katia, Sebastian, and Bonnie. He never gave them a reason to doubt how much they were loved, supported, and taken care of. He enjoyed snuggling with them all. His love for his mother was a massive part of his life, inviting her to live with him as she pleased, and they would disagree, but their mutual love was unquestionable. Being the eldest, he was the protector and rock to his siblings. As they all crossed into adulthood, he was never shy about giving guidance, and making sure that they were taken care of. He was insanely proud of his nieces and nephews and has a special bond with each of them. His tough love was a façade, as they all knew he was a gentle bear that they can take advantage of whenever they wanted to. Hardworking is not the right intensity of word to describe Gavin. Everything he did was final and as close to perfection as possible. He worked smart, he would plan his work, and work his plan. And from what we could tell, he liked working, it gave him a sense of purpose; even if it seemed to everyone around him, he worked too much. Gavin was a great man, smart witty, kind with a dose of temper – to keep it real! He was a man who loved and was loved --- he will be missed. In death, Gavin continued to give back by donating his organs and tissues. He has been able to help, two blind people see, 50 bone cancer patients with treatment and will be helping burn victims heal.
Friday
26
August

Share Your Memory of
Gavin
Upload Your Memory View All Memories
Be the first to upload a memory!
Share A Memory
Plant a Tree