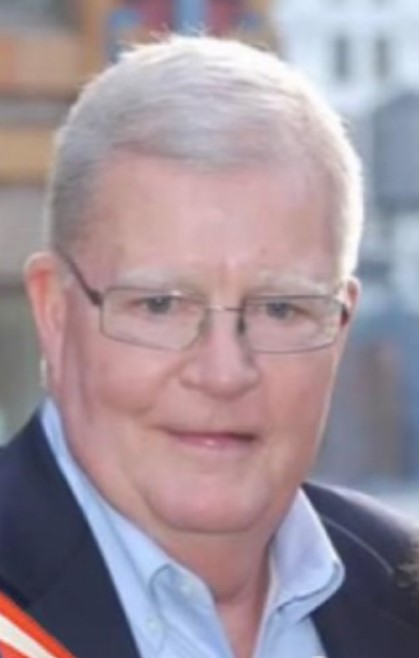 Obituary of Joseph A. Knapp

Please share a memory of Joseph to include in a keepsake book for family and friends.
View Tribute Book
Joseph A Knapp, III of Yorktown Heights, NY, "slipped the surly bonds of earth, to touch the face of god" on November 18, 2022. Joe, was a retired criminal investigator of the Westchester County District Attorney's office and an Army Veteran having served in the Vietnam War until his honorable discharge from the United States Army in 2009. He was an avid member of his gun club, the Putnam County Fish and Game Association and continued to shoot as much as possible until his passing. He was an avid fan of the New York Yankees and the New York Jets, a fandom he passed down to his three sons. Joseph is predeceased by his father, Joseph A Knapp II, his mother, Mary P Knapp (Lane) and his brother, Raymond (Tony) Knapp. He is survived by his beloved wife of 48 years, Vicky Knapp (Cerrato), his adoring sons, Joseph, Timothy (Nicole) and Gregory (Kelli), his seven loving grandchildren, who knew him as, Hapa, Katie, Lyndsey, A.J., Devin, Adrianna, Brian and Jason. He is also survived by his sister Mary Lane Deatheredge (Knapp), her husband Fred and their sons, his nephews Danny and Dean. Also, he is survived by his niece from his pre-deceased brother Raymond (Tony) Knapp, Marilyn Knapp. In lieu of flowers, the family asks for you to make donations to the Leukemia & Lymphoma Society in his name.
Tuesday
22
November

Share Your Memory of
Joseph
Upload Your Memory View All Memories
Be the first to upload a memory!
Share A Memory
Plant a Tree