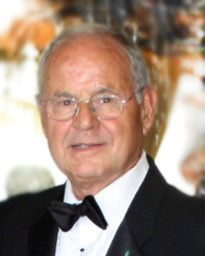 Please share a memory of Nicola to include in a keepsake book for family and friends.
View Tribute Book
Nicola Riccelli passed peacefully at his home surrounded by his family in Yonkers on December 11, 2022 at the age of 88. Son of Luigi Riccelli & Maria Amelio, he was born on September 16, 1934 in Fossato Serralta, Calabria, Italy. Nicola is survived by his loving wife Aurora Fortunato of 62 years and their three children; son, Louis Riccelli & daughter-in-law Maria, daughter, Margaret Brunner & son-in-law Steven and daughter Marianne Riccelli along with his four grandchildren who knew him as Nonno Nick; Nicholas & Robert Riccelli (sons of Louis) and Jessica & Kristen Forehand (daughters of Margaret). Nicola is predeceased by his parents and sisters Rosetta Calogero & Delia Amelio. He is survived by his oldest sister Genia Cimicata in Toronto, Ontario and numerous nieces & nephews. At the young age of 21 he immigrated to the United States with nothing but an elementary school education and the knowledge of being a shoe maker. He went to school in the US to learn the language and learn a trade. It is there where he met his wife Aurora and created a wonderful life for his family. He went to beauty school to learn to become a hair stylist but he was also a man of many talents. He had a very successful career in two hair salons as a partner in Manhattan. He loved spending summers on the beach at his home in Shirley on Long Island and winters in Boynton Beach with Yonkers filling in between the seasons. He had an incredible passion for his garden and especially his fig trees, he had that "magic touch". He had been written up in the local newspapers for growing Cucuzza longa squash over 6 feet high. He will always be remembered by his family & friends for his kind heart, sense of humor, outgoing personality and willingness to help anyone that needed anything. One of his grandchildren wrote, "How lucky am I to have been blessed with a Nonno like you for 25 years. To the sweetest, smartest, most loving man; I hope heaven is filled with red wine, Coronas, unlimited soppressata, and the world's largest garden to grow your biggest squash yet. Rest in peace to the greatest role model our family could have. You fought a hard battle and deserve your rest now. Until I see you again, ciao Nonno Nick. In lieu of flowers, donations may be made in his name to the Alzheimer's Association or the Dementia Society of America.
Wednesday
14
December

Share Your Memory of
Nicola
Upload Your Memory View All Memories
Be the first to upload a memory!
Share A Memory
Plant a Tree